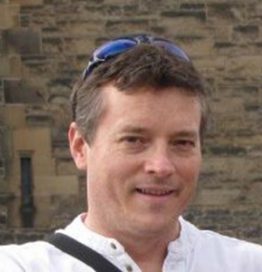 Originally from Canada but now based in the UK, Tim Sturk is Head of Coffee Training and Development for the UK’s leading independent foodservice specialist, BaxterStorey. Sturk developed and launched BaxterStorey’s Barista Academy in April 2009 and has since guided over 4,000 budding baristas through their Foundation Level Barista course.

Sturk became an Authorised Trainer for the SCAE (Speciality Coffee Association of Europe) in 2011 and was the 48th recipient of the SCAE Coffee Diploma in 2012. He has both competed in and judged the UK Barista Championships, has coached Top 6 finalists in 4 consecutive years in the UK Barista Championships and in 2016 had three baristas in the  top 10! No other food service caterer has reached the semi finals, ever.

Sturk is a Head Judge for the UKBC and is also a certified sensory judge for the World Barista Championships. He teaches weekly barista and brewing courses in London, the UK, Europe and Internationally, and was recognised by Allegra Strategies’ European Coffee Awards (Istanbul 2014) for his ‘Outstanding Contribution to European Coffee.’

Sturk became a Licensed Q Grader this year and has been selected to Lead the SCAE Brewing Creator’s Group for the Coffee Diploma System. He will be directly involved in the alignment project between SCAE & SCAA (Speciality Association of America) to create the new global Association of Specialty Coffee.

In July this year Sturk was awarded BaxterStorey’s highest internal award for his services to the business through coffee and was recognised by industry peers in this year’s Food Service Cateys with the 2016 UK Training Award.

In his own words: ‘I was a trainer before I knew anything about coffee; I think that makes me unique in coffee. I am passionate about learning, about people and their learning, and I love coffee…. Is there a better place for someone like me than coffee?’